The Common Ground website and podcast are the online successors of KCRW Berlin 104.1 FM, the German-American station in Berlin partnered with National Public Radio and KCRW in Los Angeles. KCRW Berlin went off air in December 2020 when coronavirus-related shortfalls caused KCRW-LA and NPR to conclude the partnership.

Following an outpouring of support from listeners, we decided to continue the tradition of American public radio in Berlin online. The Common Ground website and podcast’s mission is to promote transatlantic dialogue and exchange and serve as a key German-American voice. This will be a digital space for open exchange and vital discussions for the English-speaking community in Berlin and beyond and our partner organizations will help broaden our reach. We welcome your suggestions!

Common Ground is part of KCRW Berlin gGmbH, a nonprofit organization under German law and led by co-board chairs Karen Roth and Dr. Anna Kuchenbecker. Our work is funded solely by grants and donations, including from our benefactors Karen Roth, Noerr LLP, the European Recovery Fund administered by the German Federal Ministry of Economics as well as listener donations. 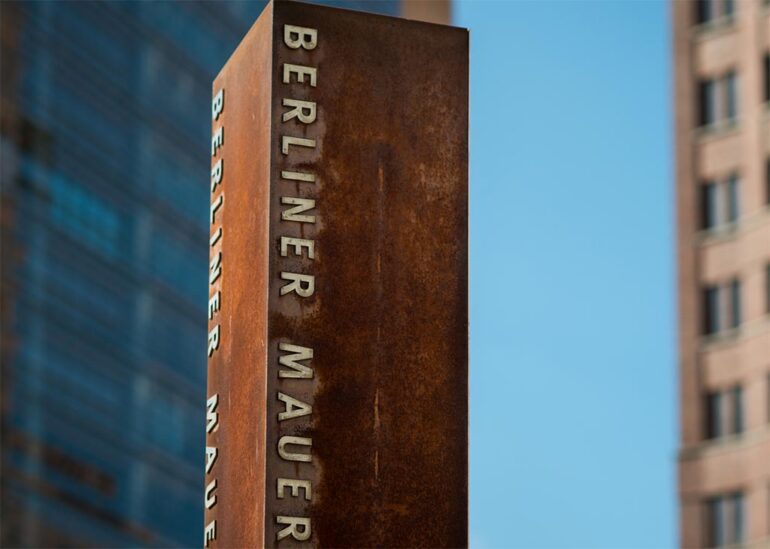 The history of American public radio in Berlin goes back to the English-language, American Armed Forces Network Berlin of August 4, 1945 and the beginning of the broadcast of German-language programs by RIAS (Radio in the American Sector) in 1946. Featuring American pop, rock and classical music, AFN was for many years the most popular radio station in Berlin. RIAS was an important voice for freedom for West Berlin and East Berlin and large parts of the GDR during the Cold War. Both stations ceased their work after the reunification of Berlin in 1990. In 2006 NPR in Washington DC resumed the German capital’s English-language radio tradition and continued it for 11 years. However, under increasing financial pressure, NPR decided to discontinue the Berlin-based broadcast. Key members of “Friends of NPR Berlin” successfully competed for the former NPR Berlin frequency 104.1 FM, and in October 2017, KCRW Berlin was co-founded by Karen M. Roth, John Kornblum and Marie Warburg, building on the special status of the formerly divided city, which still resonates in the Berlin radio landscape to this day. The station stopped airing its programming on Dec. 13, 2020.