The week’s headlines and YOU

Studio Berlin is KCRW Berlin’s weekly show that brings together local journalists, lawmakers and experts to provide you with context and analysis around the issues shaping the news locally and nationally. Tune in every Wednesday at 10:30 a.m. and Saturday at 10:00 a.m. on 104.1 FM.

Each week we’ll take a closer look at the events shaping our lives here in Germany’s capital. You’ll hear from a diverse group of hosts as we tackle the issues moving Berlin, Germany, Europe — and YOU.

Back in June, Berlin passed a hotly debated anti-discrimination law. It is the first of its kind in Germany and allows victims to pursue legal remedies against state officials — including police — for discrimination related to race, gender, disability, sexual orientation and more. But is the new law the panacea its proponents claim or is it villainizing the police as the law’s critics contend?

Host Sumi Somaskanda talks with Armaghan Naghipour, who worked on the new legislation and is the political adviser to Berlin Justice Senator Dirk Behrendt; Niklas Hofmann from the Federal Anti-Discrimination Agency and Joseph Hutchinson, an African-American lawyer and co-publisher of DADDY magazine. We also hear from two of the law’s critics: Berlin Police Union Spokesman Benjamin Jendro and Burkard Dregger, CDU parliamentary leader in the Berlin House of Representatives.

This show was produced by Monika Müller-Kroll with voiceover by Benjamin Restle.

Whether it’s our coverage of the coronavirus, rent freezes or more light-hearted subjects like Berlin’s pandas, you can count us for factual and informative content. We are the go-to source for the English-as-a-common-language community in Berlin and beyond. The pandemic will challenge us to find new ways of doing reporting, but we will continue to bring you the programming you love and news you can trust. We are a listener-funded public radio station, driven by donors like you. So please consider donating today to keep us on air, online and in your community.

Ahead of his show at XJAZZ, Berlin-based artist Àbáse talks about his roots and sound

In this week's edition of Amplified, we meet multi-instrumentalist Àbáse. 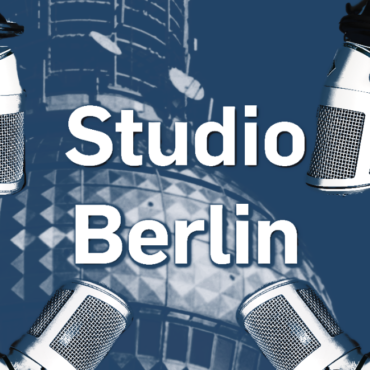